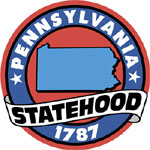 Pennsylvania is a state in the United States that is situated in the Middle Atlantic and Northeastern regions of the country. Located on its east is New Jersey, on its north is New York, on its west is Ohio, on its southwest is West Virginia and on its south is Maryland and Delaware.

Philadelphia is the most populated city in Pennsylvania. With a total area of about 119,282 square kilometers, Pennsylvania is considered to be the 33rd largest state in the country. Harrisburg is the capital city of the state.

In the 2006 census, it was reported that there are about 12,440,621 residents living in this state. The number of Hispanic population has increased over the years and this population is the highest in Philadelphia, Reading, Lancaster and Allentown.

According to the 2006 census, about 5% of the people living in Pennsylvania were born in foreign countries and it also has the third largest population of senior citizens in the country.

Most of the foreign born residents of Pennsylvania are generally, from Europe, Asia, Latin America, Oceana, North America and Africa.

The state is said to have a poverty rate of about 11.9% (as per the 2005 survey). Roman Catholicism is followed by more than half of the state’s population.