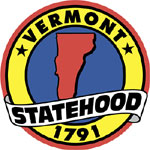 Vermont is a state in the United States that lies in the New England region and it has a land area of about 24,000 square kilometers. In terms of its land area, this state is considered to be the 43rd largest state in the country.

The number of people living in Vermont is about 621,270 people and it is considered to be the second least populous state in the United States. It is the only New England State that does not have a coastline along the Atlantic Ocean.

Lake Champlain is quite well-known in this state and this lake takes up about half of the state’s western border.

Vermont is the largest producer of maple syrup in the country. The capital if this state is Montpelier and Burlington is the metropolitan area as well as the largest city in Vermont.

About fifty-one percent of the population in this state consists of female and the remaining percentage consists of male. Vermont is a state with the second highest population of whites.