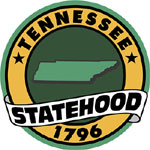 Located in the Southeastern part of the United States of America is Tennessee and it has a population of about 6,214,888 people (according to the 2008 census). There has been a 9.4% increase in its population since the year 2000.

Memphis is the largest city in this state. This state is surrounded by eight other states in the country and they are Mississippi, Arkansas, Alabama, Missouri, Georgia, Virginia, North Carolina and Kentucky.

Most of the caves in the United States are found in Tennessee. This state experiences a subtropical climate, except in the higher mountains as they have a maritime temperate climate there.

The most common ethnic groups that are found in Tennessee are the Germans, the English, the Irish, the African Americans and the Americans. Christianity is the main religion that is followed by the population of Tennessee and most of them are Baptists.

There are also some people who follow Judaism or Islam. The Jews, Roman Catholics and Muslims usually live in Chattanooga, Knoxville, Nashville and Memphis.