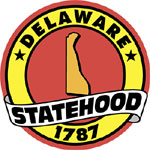 Delaware is the second-smallest state in the USA. Situated on the east coast it has a short strip of coastline of just over 45km. Most of the state is rural land.

The capital, Dover boasts numerous museums, including the Air Mobility Command Museum, with an amazing collection of planes and military artifacts, where one can test their flying skills in a simulator.

Delaware has a rich history, as it was the first sate to ratify the United States Constitution in 1787 and Fort Christina Historic Park is the site of Delaware’s first permanent settlement, here settlers from Finland and Sweden first landed. Its administrative and commercial centre, Wilmington, was founded in the same year. The city includes museums, galleries, a port and a trolley car system modelled on the world-famous cable cars in San Francisco.

New Castle is a historic town with some well-preserved buildings, such as the Old Court House, which served as the first state capital. The cobblestone streets meander through the town plunging visitors into the past.

There are some good beaches in the historic seaside town of Lewes, and the Cape Henlopen State Park, which is Delaware’s largest national park with white sandy dunes and seabird colonies. Rehoboth Beach is another popular seaside resort, renowned for its amusement parks, restaurants and shops. There are many clubs and bars at Dewey Beach, which is a lively site for those who enjoy a good time out.

The climate is humid with cold winters and warm summers.